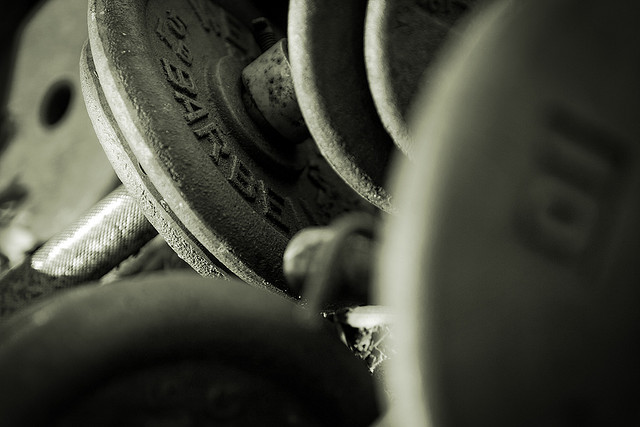 Ahh yes, the eternal chin up vs. pull up debate.

First thing’s first– no, a chin up and a pull up aren’t same thing, but both definitely fit into the “best exercises” category. When you’re done with this article you’ll know a) what sets them apart and b) why you should be doing more of them on a regular basis.

Your Grip Changes Everything

Here’s what you know: pull ups use overhand (pronated) grip while chin ups use underhand (supinated). By default most people go with a slightly wider than shoulder width posture, but as you go wider or bring your wrists closer together they focus on your muscles differently.

Why Chin Ups Are So Much Easier

While both happen in the vertical plane, on the muscular level two very different series of events are happening. But basically they’re easier because your biceps are playing a much bigger role, carrying a good portion of your body weight. With pull ups your forearms are in on the action, but there’s not as much of a direct line of pull in the biceps.

Is One Better Than the Other?

It depends on your goals. In general they’re both incredible exercises that work the lats, arms and upper back in slightly different ways. Furthermore, to say one is best would make too many people believe they should do nothing but one over the other which would lead to over-training injuries. Ideally you’ll do them both with equal frequency and intensity for a well-rounded upper body.

For the vast majority of folks out there beginning with chin ups is the better approach. Remember, they train your lats and upper back as well, along with as much core as you desire. But with the extra bicep action they’re easier so you can get more in.

As time goes by and you increase your chin up set counts, your pull ups will improve as well. Here’s a simplistic ways of looking at it:

As mentioned before, you can use the width of your grip in both stances to increase the intensity. If your wrists are touching during chin ups, you’ll use as much of your biceps as possible. Whereas with pull ups you’ll put far more strain directly onto the lats.

What Happens When Both Are Too Easy?

Because they’re both typically just pure body weight exercises there will come a point where there’s far less challenge. You’ll be able to, like pushups, bust out 100 in 3-6 minutes or something. This means there can be no more hypertrophy (making muscles bigger) or increase in strength; only current strength endurance.