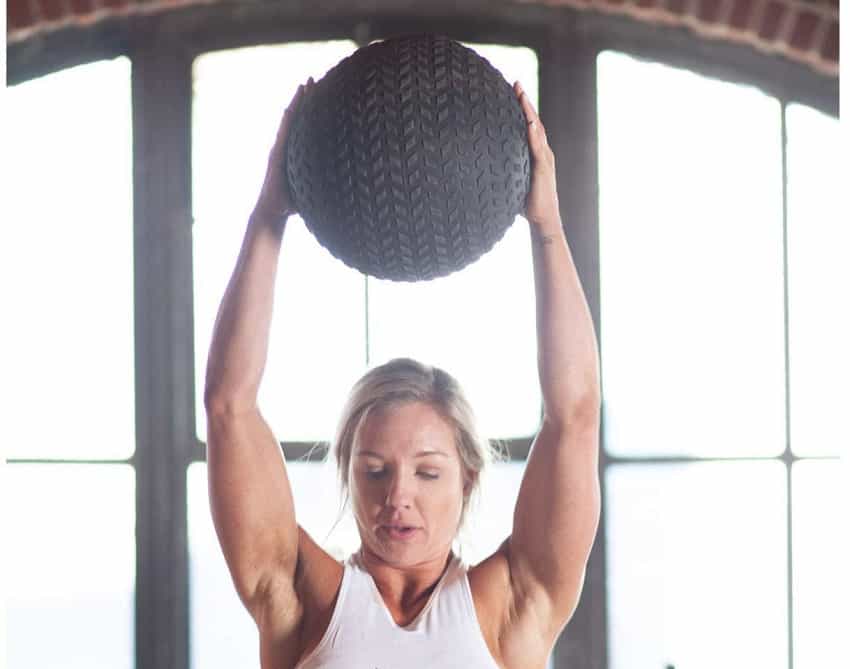 Slam balls are a type of medicine ball that are specifically designed to be thrown and slammed with speed and power. The ballistic nature of the movement makes it awesome for developing explosiveness.

Here’s a breakdown of the best slam balls for becoming a more ballistic and explosive athlete.

Medicine ball slams are one of my favorite exercises in the gym. Anything where you can pick something up, move it as fast as possible, and be rewarded with a thundering ka-pow is always going to rank highly for me.

Slams are full-body movements that more specifically target your upper body. Do ten of them in a row and you will see that it’s more than a move to develop explosiveness, there is a significant metabolic demand involved too.

Not a bad choice for adding to your workout routine, if ya ask me.

But if you have ever used a regular medicine ball for slams, you know that they aren’t made to be slammed viciously into the ground.

The typical medicine ball, made of rubber, leather, vinyl, or plastic, and either hollow or inflated, is made for a bit of ground contact, but when thrown or slammed with velocity they bounce and split. 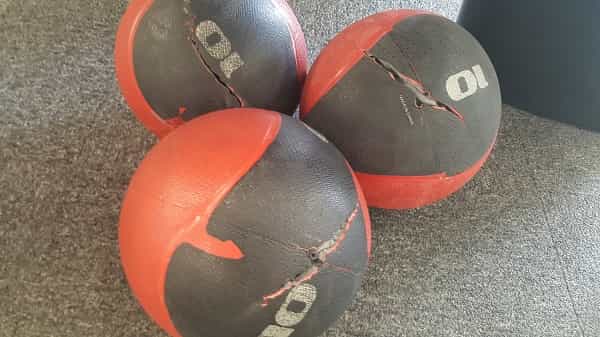 Choosing the Best Slam Ball for Your Workouts

Slam balls are made specifically for slamming and throwing. Because they don’t bounce, slam balls, made a of a heavy-duty shell and low on inflation, don’t create a lot of impact that would split a regular medicine ball.

Because you can use your whole body when slamming or throwing, you get a chance to fully explore and improve upon your body’s explosiveness.

The smaller the diameter, the more explosive you can get.

The goal is to be able to move the ball at ballistic speed. Too wide of a ball is cumbersome to pick up and throw, while too heavy means you aren’t going to get the speed element from using the ball.

When it comes to explosive movements, don’t sacrifice explosiveness for weight and size. Better to go fast and light than heavy and slow.

The ball is supposed to be a little deflated.

It surprises me to no end that people order a slam ball and then try to inflate it. Do not do this.

Not only will you likely end up with sand all over the place, but trying to air up a slam ball so that it bounces defeats the purpose of the design of the ball. It is supposed to splat into the ground.

With those things out of the way, let’s take a closer look at our favorite medicine slam balls.

The TRX Slam Ball is heavily textured, making it ideal for the heavy-sweater (present!). The tire-tread outer shell is easy to pick up and grip while you shower it with sweat.

This is the slam ball that my local gym uses, so I have put it through its paces and it has taken everything I have given it. TRX makes quality gear all-around (they are best known for their TRX Suspension Training System), and their slam ball is a durable and quality choice.

They are available in weights ranging from 6-50 pounds and are very well reviewed on Amazon, with an average rating of well over 4/5 stars. 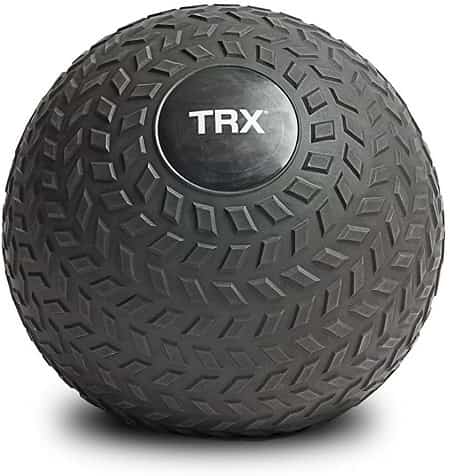 As you can probably tell, I am a huge fan of slam balls that have thick, easy-to-grasp tread. With all the grip that comes with tire-tread outer shells, my grip on the med ball is secure when I am picking it up and whipping the ball across the room or into the floor.

The Everlast Slam Ball has tread for days, which I absolutely love. There’s no slippage at all when picking it up. The ball is partially filled with sand that balances well. 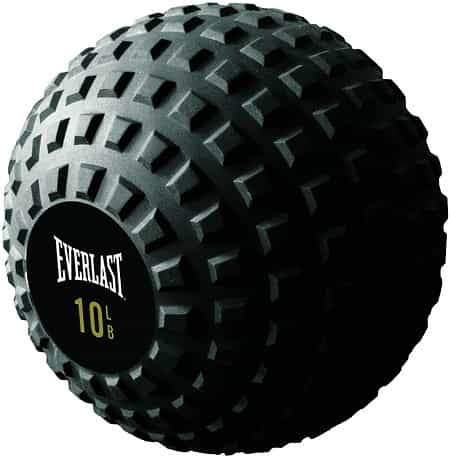 The j/fit slam balls are another great choice. They come in a variety of colors and a large span of weights, from 10 pounds to your big-daddy of 50 pounds.

They are also available in three different outer layers. There is a smoother, more classic outer layer that is thick as hell. The second option is a lightly treaded version, that makes it easier to grip with your fingers (and the one that I prefer of the three). The third option is a softer outer layer that comes only in lighter colors.

In terms of versatility and range of options, it’s hard to beat the J/FIT series of dead weight slam balls. 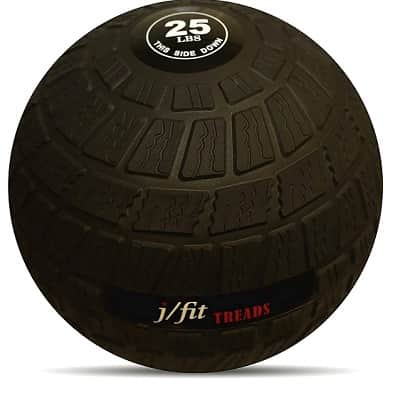 The Fitness First Slam Balls are my top bargain pick for slam balls. They are priced slightly cheaper than the other balls on this list, but are up to the challenge in terms of durability.

They are available in your standard black in a wide variety of weights, from 6 pounds all the way up to 50 pounds. Sand filled, bounce-free, and ideal for all of your slamming work, whether it’s CrossFit training or straight-up plyo work, the Fitness First slam balls are a terrific value choice.

The only thing I wasn’t wild about was that the treading was a little less pronounced compared to the TRX and Everlast balls. 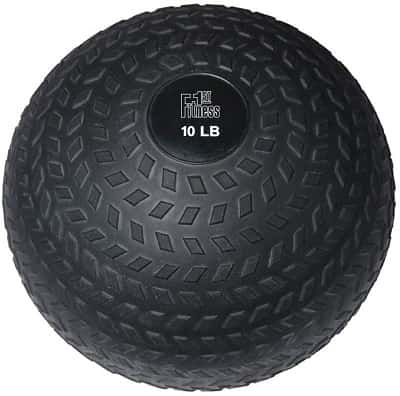